Month of October Covers Through the Years 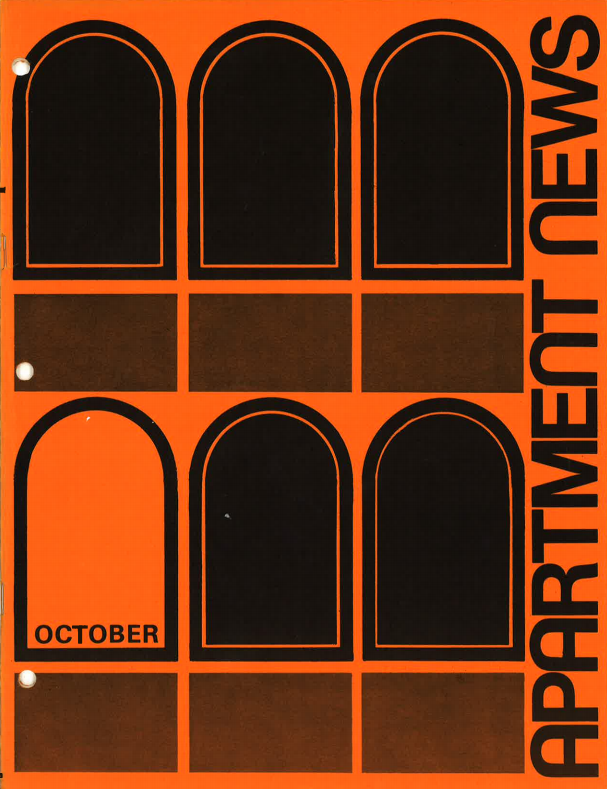 For several years in the 1970s, every issue of Trends (then known as Apartment News) showcased this same geometric design, although each month featured a different color scheme. This example from 1971 stands out partly because of its classic Halloween color scheme, and also because this was one of the rare instances where the cover itself was printed on a different color of paper than basic white. This was an era well before most of the magazine covers we’ve revisited this year, and it’s remarkable to look back at these early examples and see how far the Association has come in the past 50 years and how Trends has changed with the times. 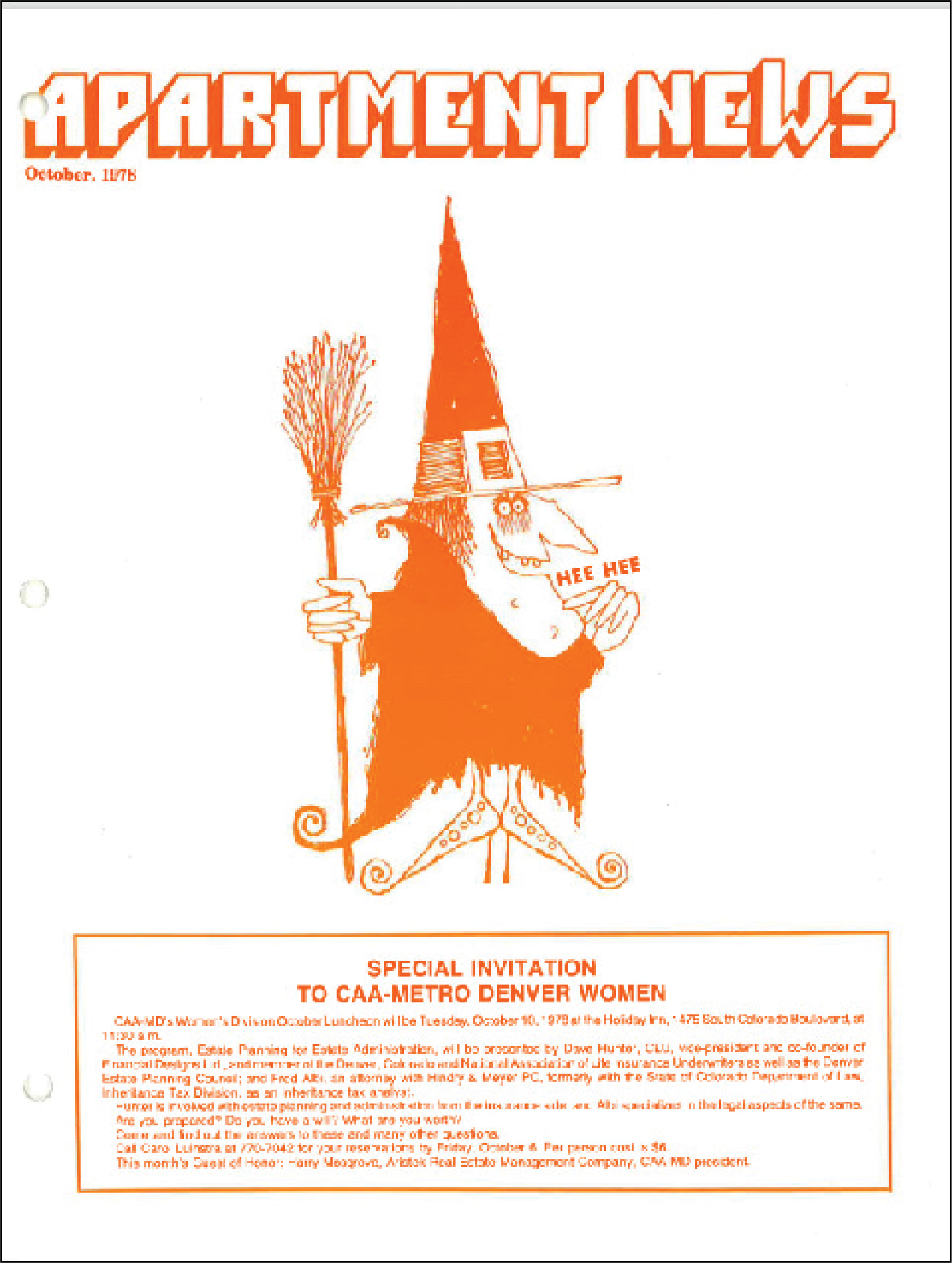 Later in the decade our magazine covers moved away from those early designs and began showcasing more illustrations. This issue from 1978 is rather interesting because of the use of just orange and white. It also stands out that this is the only October issue in the Trends archive that actually acknowledges the Halloween holiday. 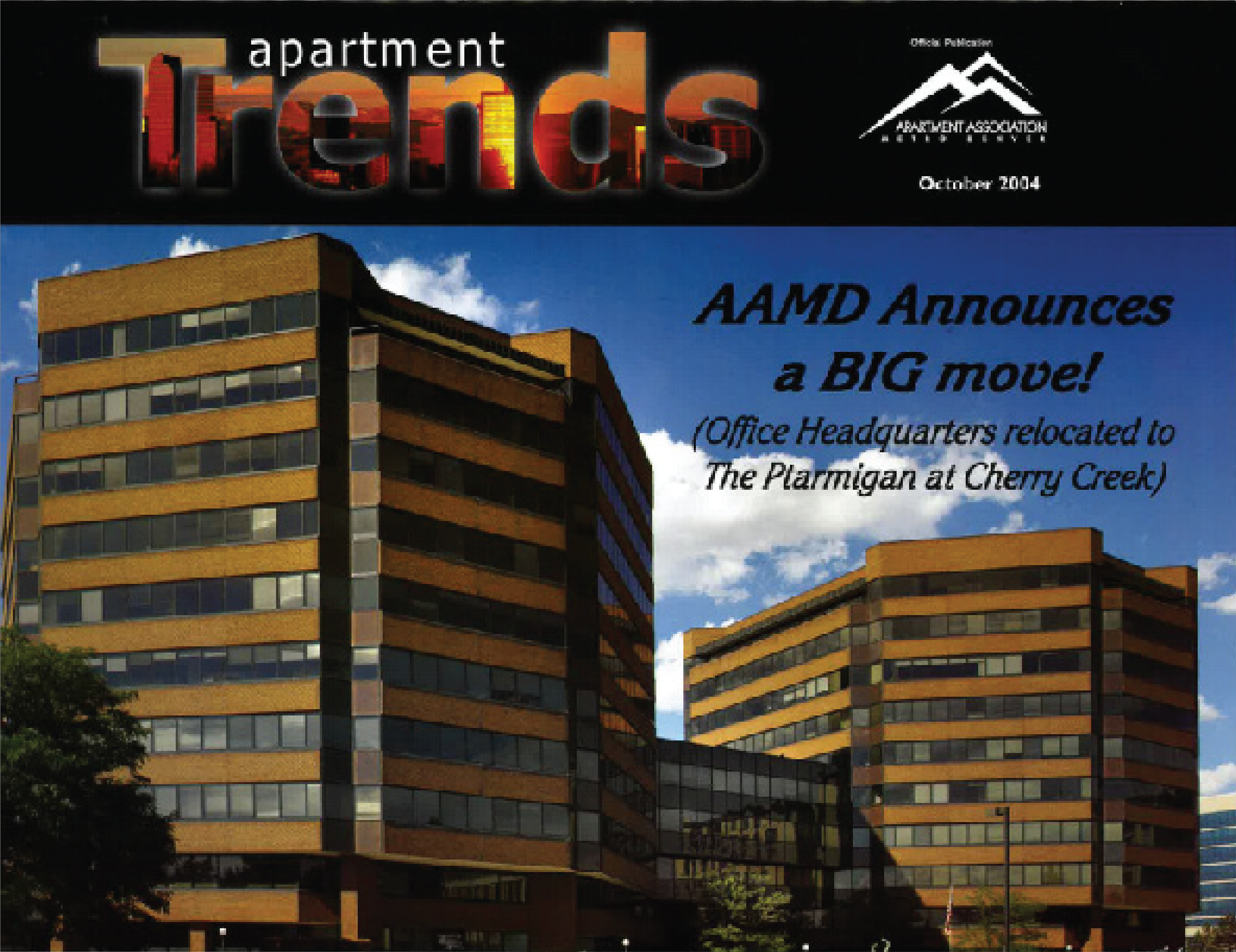 Another design that stands out in a big way is this cover from 2004, which showcased the Association’s then-recent move into an office space in Cherry Creek. This was only one of 2 covers in Trends history to be printed horizontally, which really makes it pop. While AAMD has since moved into a different office space, its doors remain open for members. We encourage you to look at our current schedule of events on aamdhq.org to see which of our upcoming classes and meetings may be of interest, and we hope to see you soon! 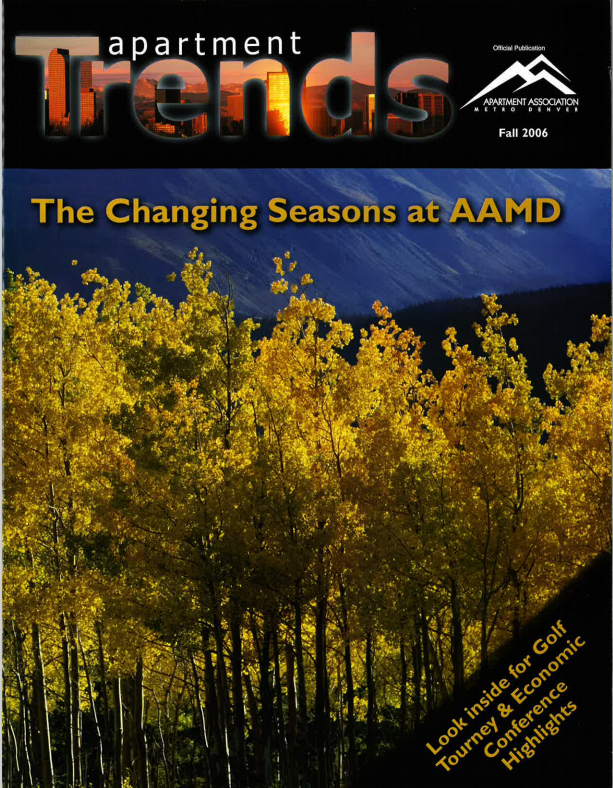 Although on the surface this pleasant scenery is a welcome image to celebrate autumn, this cover from 2006 was also a metaphor for change within the Association. As explained this issue’s letter from the president, AAMD was in the midst of expanding and reorganizing staff to help accommodate its ever-growing membership, and also continuing to improve its resources and offerings to keep up with changing technology. That same metaphor still works today, as AAMD is continually striving to adjust and find new ways to serve its members.

I’m OK…You OK? Evaluating, protecting and encouraging your team’s mental wellnessOctober 20, 2021 Dirty Dozen: 12 Passed Laws that have increased the cost of housing in the last 3 yearsOctober 12, 2021