Dealing with Chronic Complaining Tenants Requires You To Be Prepared

Overall, most tenants are good. They carry out the prime directive by paying their rent on time, and don't bother other folks, including your on-site team. However, if you have been in the rental industry long enough, you almost certainly and unfortunately have encountered the chronic complaining tenant. The chronic complaining tenant (the CCT) is never satisfied regardless of your efforts. In dealing with a CCT, various issues will come into play, and if you are not prepared, the community may be helpless and will face legal exposure.

The typical CCT scenario goes something like this. The CCT makes a maintenance request. You promptly respond. However, after twenty attempts to address the maintenance issue, the CCT is still not satisfied. The CCT expresses his dissatisfaction by bombarding the on-site team with countless calls, texts, and emails. Bombardment is the proper expression. We've seen a CCT call or email the on-site office thirty, forty, or fifty times in a short period of time. The on-site team continues to try to rectify the perceived injustice suffered by the CCT, but to no avail.
As a result, the CCT then files a housing discrimination complaint. The community wins the discrimination complaint, but this only infuriates the CCT further. The CCT's lease is coming up for renewal, but the community is hesitant to non-renew the CCT because of retaliation concerns. Thus, the community sends out a renewal offer, but since rents have increased, the CCT refuses to sign it or reply. By this point, the on-site team frequently feels paralyzed about how to proceed.

To be positioned properly, a landlord must have fair housing policies including non-renewal policies. We've been strongly advocating for landlords to have these policies for years, but few still have them. Most landlords don't have non-renewal policies because they think they don't need them. I can't tell you how many times I've been asked whether in Colorado a landlord needs a reason to non-renew a tenant. Specifically, does a landlord need a reason in Colorado to non-renew a tenant? The answer is no. (Except for Tax Credit Properties). However, the fact of the matter is that landlords have reasons for non-renewing tenants. You don't non-renew a tenant who always pays on time and doesn't cause trouble.
Further, if a tenant files a discrimination complaint against the landlord, the Colorado Civil Rights Division will require the landlord to state the landlord’s reasons for non-renewal. 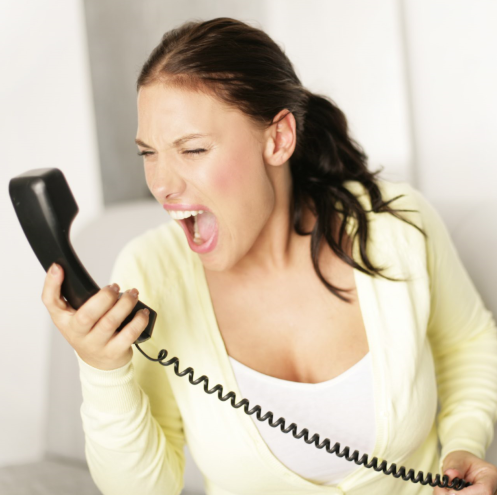 So, let's just stop once and for all. Stop pretending that landlords don't have reasons for non-renewing tenants and stop pretending that landlords can hide behind the guise of not needing a reason. Because if push comes to shove, the landlord will have to articulate its reasons for non-renewal. Landlords shouldn't deny these facts, but rather they should embrace them and use them to their advantage to defeat retaliation claims. Retaliation is about consistency, timing, and causation. When a landlord promptly takes adverse action against a tenant, after a tenant has filed a housing discrimination complaint, it looks like retaliation. When a landlord takes adverse action against this same tenant and can't prove that it has taken similar action against other CCTs in the past, it looks like retaliation.

In addition to not having non-renewal policies, we see landlords make too many mistakes in handling renewal offers. In this case, the CCT is refusing to sign a renewal offer. Based on everything that has transpired, the on-site team doesn't want to force the issue because they are afraid of making a wrong move which will aggravate the CCT further.
A landlord should never allow a tenant to hold them hostage over a renewal offer.

CCTs raise many challenging issues. All CCT related issues can be addressed by proper policies. Without proper, well thought out policies, CCTs can literally hold the on-site team hostage. For example, if your lease doesn't adequately address hostile or excessive communications, a CCT can subject the on-site team to a relentless stream of emails and voicemails. Similarly, without well thought out non-renewal policies, if a CCT or any tenant for that matter files a housing discrimination complaint against you, your options for handling are extremely limited. In most cases, your only option is to allow enough time to pass so it appears that your non-renewal decision isn't based on the fact that the tenant filed a housing discrimination complaint (retaliation).
Of course, during this time, the on-site team is subject to further abuse by the CCT, and who know what else will come up during the CCT’s extended stay. When it comes to CCTs, the boy scout motto is the best. Be Prepared.

Mark Tschetter is a partner of Tschetter Hamrick Sulzer, P.C. who acts as Colorado Council to the NAA. He routinely teaches classes to multifamily housing professionals. His specific area of interest and expertise is Fair Housing Laws, and speaks to professional organizations on landlord / tenant and legislative issues.

A Signage Strategy is Critical to Branding Your CommunityMay 14, 2018 10 Ways to Keep Your Community's Residents, in this fast growing Denver marketApril 30, 2018