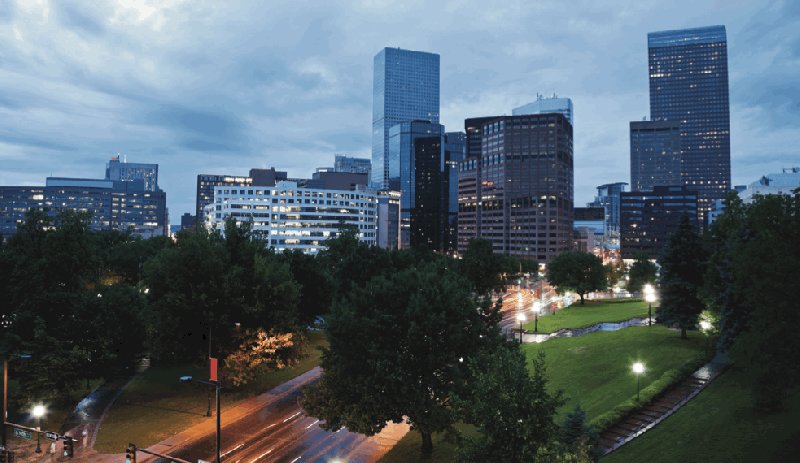 For the second quarter in a row the average cost of renting an apartment in Denver has decreased, according to the Denver Metro Area Apartment Vacancy and Rent Report released today.

The survey of nearly 120,000 apartment units found that average rents for fourth quarter of 2016 ended at $1,347 down from $1,371 in the summer.  This is the largest single quarter decrease in average rent in the 36-year history of the Report.  Median rents remained flat at $1,329 per unit.  Meanwhile, average vacancy increased to 6.2% from 5.1% just three months prior.

Rents decreased and vacancy increased in all six of the counties covered in the survey: Adams, Arapahoe, Boulder/Broomfield, Denver, Douglas, and Jefferson County.

“There is definitely a seasonal effect,” said Mark Williams, Executive Vice President of the Apartment Association of Metro Denver, “Vacancies tend to be higher in the fourth quarter than in the third.  However, Denver’s average vacancy rate for 2016 is the highest we’ve seen since 2010.”

The primary driver behind the survey’s findings is a robust apartment construction industry which provides jobs, new homes, and relief from growing housing prices for Denver residents.

“In 2010, only 498 new apartment units were built in the entire city.  Fast forward to 2016 and we’re seeing that same number being delivered every three weeks in Denver,” said Teo Nicolais, a Harvard University instructor who specializes in real estate.  According to the survey, developers completed a total of 9,962 new apartment units in 2016.  “That’s the most apartments we’ve built during one year in Denver’s entire history,” said Nicolais.

“The market is still tight amongst properties of vintage 2000 and older and are highly occupied like Lakewood, Arvada, Golden, Wheatridge that range between 3.4% to 4.8%. and in areas of concentration exiting apartment inventory with little new construction vacancy is circling 5%, said Jerry Kendall, Managing Director of Multifamily Capital Advisors. “The market fundamentals are stable to improving from last year which will be a surprise to most.”

Jeff Hawks, Vice Chairman of ARA, a Newmark Company in Denver, noted that newly built properties in ‘lease-up’ are vacant and need to stabilize quickly, therefore often offer the most discounts to prospective renters.

“Renters are often surprised that they can move into a brand new building while at the same time receiving a discount on their initial lease term,” said Hawks.  According to the survey, average discounts or concessions in Denver are currently about $60 per month.  “Once buildings are fully leased,” Hawks noted, “the concessions go away.”

Despite the decrease in rents and increase in vacancy metro-wide, some sub-markets remain in very high demand.  “The Denver-Wash Park neighborhood continues to rank as one of the most desirable places to live as shown by its vacancy of just 2.7%,” said Mark Williams.

Williams noted that Aurora-North area, in the vicinity of I-70 and I-225, is currently Denver’s “hottest” sub-market with a vacancy rate of just 2.1%.  Lowest on the list was Downtown Denver, the epicenter of the new construction activity, which reported an average vacancy of 10.1%.

The decrease in the average rents is welcome news to city searching for affordable housing solutions.

“Denver’s robust apartment construction engine has proven to be the most powerful and effective tool for addressing the city’s on-going challenges with housing costs,” said Nancy Burke, Vice President of Government Affairs for the Apartment Association of Metro Denver, who works closely the city and state on affordable housing efforts.  “Housing becomes more affordable when there is more of it and with each passing week Denver’s apartment industry is adding to our housing stock.”

The rise in interest rates is also likely to exacerbate unaffordability of owner-occupied housing which, in contrast to apartments, continues to see significant increases in prices.

Over the past twelve months, the median sale price of single family homes in Denver increased by 8.5% to $337,450, according to the Denver Metro Association of Realtors (DMAR).

“And the surge in single family home prices pales in comparison to what’s happening in the condominium market,” said Nicolais.  In 2016, condominium prices increased 14.4% to $257,500, according to the DMAR.

The Denver Metro Area Apartment Vacancy and Rent Survey is conducted by the University of Denver’s Daniels College of Business and Colorado Economic and Management Associates, published by the Apartment Association of Metro Denver and sponsored by The Colorado Department of Housing.

The Apartment Association of Metro Denver is among the largest multi-family housing trade associations in the country, representing and supporting over 200,000 apartment homes in Denver.

The quarterly Vacancy and Rental Rate Report is authored by Ron L. Throupe, Ph.D. of the University of Denver Daniels College of Business, and Jennifer L. Von Stroh of Colorado Economic and Management Associates. It has served as a reliable source for comprehensive data and analysis for over 35 years and is made possible through the ongoing participation of the apartment industry and broad support from private and public sector sponsors.