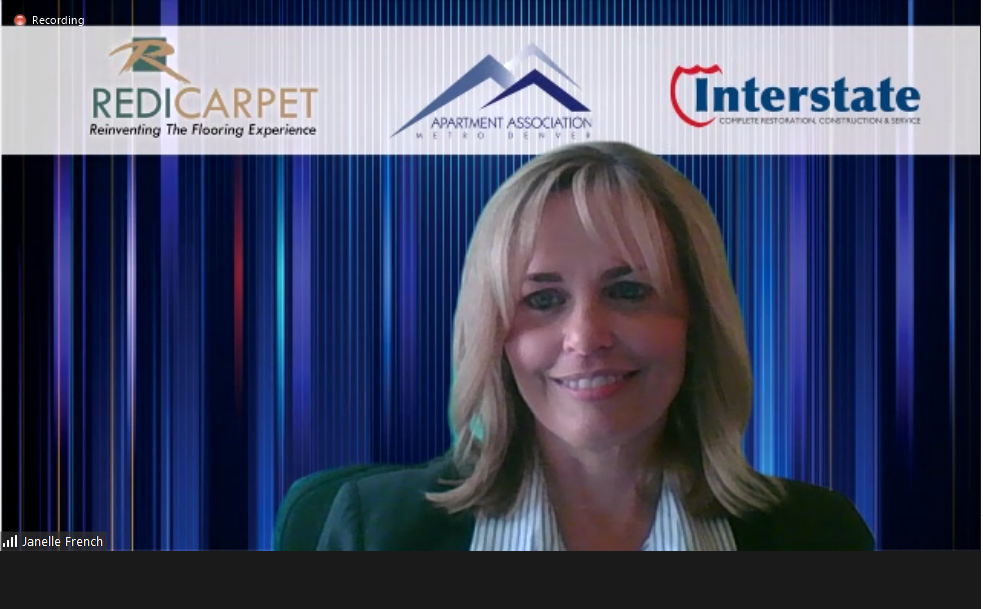 On June 25, AAMD held its first ever Virtual June Awards, and with nearly 200 people logged in, the 2020-2021 AAMD Board of Directors and President Janelle French were installed.  Dave Janecek from RediCarpet and Donna Seward from Interstate Restoration covered the hosting duties from AAMD's virtual studio and both Scott Kirkwood and Janelle French delievered speeches from their homes.

AMBASSADOR OF THE YEAR
Liz Capone (The Mktg Dept)